It’s now July 2016, about 9 months since (October 2015) news broke that Singapore will have her first Apple Retail Store and about 3 to 4 months since renovation works began for the Store.

In March, huge boards were covered and works began on the inside. The boards hasn’t been removed till recently where it has been replaced by a canvas sheet with holes, for ventilation. It seems there has been a slight extension out which is under an existing shelter, probably becoming part of the Retail Store.

The shelter, could be for Apple’s customers or fans be covered during queues for product launches and to not get exposed immediately to the rain or shine when they just walked out from the Retail Store. 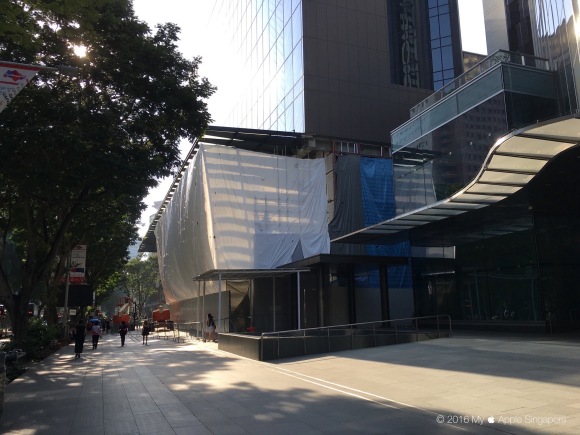 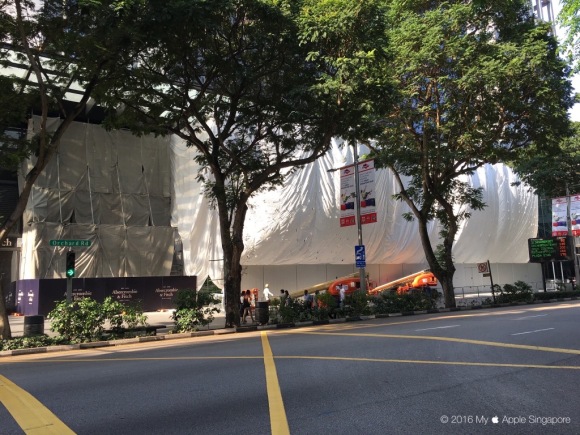 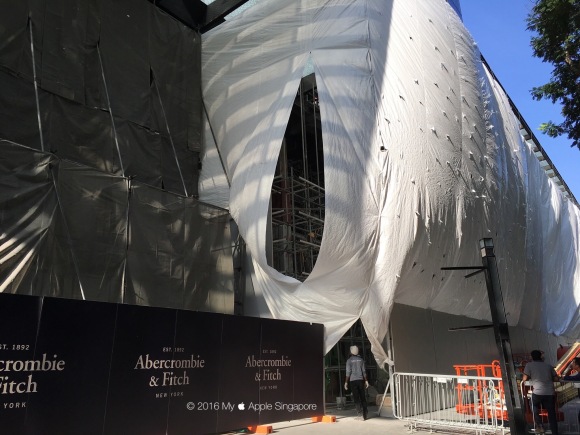 Seems like works doesn’t stop when evening comes and continues on through the late evening.

It still remains to be seen when would the Apple Retail Store for Singapore be ready to open its doors for Singaporean Apple Fans but it is sure that it will coming soon (hopefully) when the white canvas draws down.

How do you feel about Singapore’s first Apple Retail Store and which design do you think would it follow the the closest with? Let us know in the comments section below!

All images/videos are “Shot on iPhone 6s”.