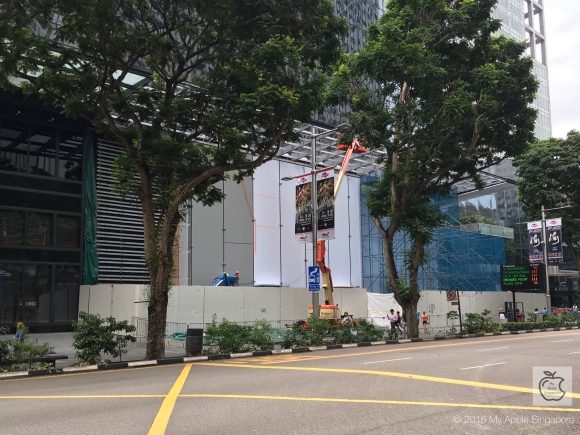 With 2 full months to go for the expected completion date of 31st October, work progress has been rapid since March of this year.

Just in early July, the grey boards that used to cover the works behind it was taken down and replaced by white canvases. For the first time, there is a slight glimpse of the internal of the Retail Store.

As such, following late July, the white canvas was taken down (again) and the structure of the front glass of the Retail Store were shown like most Apple Retail Stores around the world. In early August, the first front and side glass panels were installed. 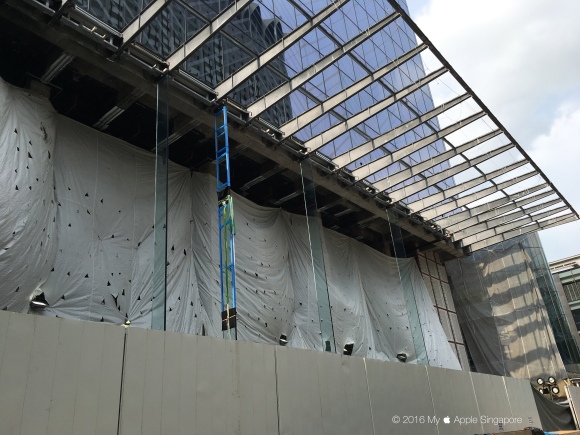 As we reach September, the front glass panels has been fully installed and works for the Retail Store continues inside it.

The Retail Store would have 4 floors, covering a basement, a ground floor and 2 floors up as seen from a construction work notice placed outside. The Store would highly likely feature the iconic glass stairs when getting from and onto the different levels.

As like other Retail Stores worldwide, there would likely be a kids section, a Genius Bar, a hands-on area, spaces for workshops and etc.

The Retail Store would most probably feature 3 doors for entrances and exits to facilitate with the traffic flow in and out of the Store. 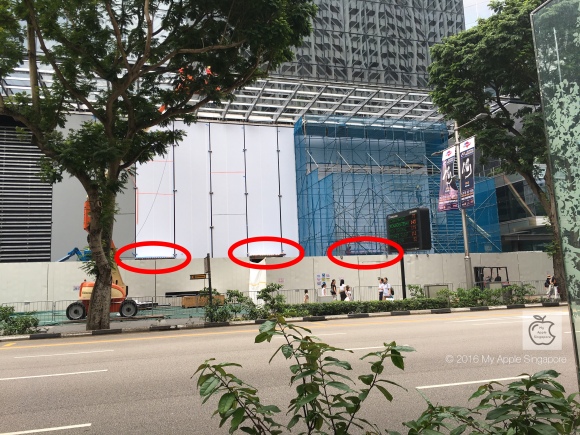 The first panel of the shelter has been installed and probably be completed in the upcoming weeks.

When the Retail Store is almost ready, we should be able to see boards outside with an Apple logo and indication of the Store’s opening date. With that, the white material covering it, would be torn down as well and showing us what’s behind them. Not to mention, the huge Apple logo at the centre.

Do let us know in the comments how you feel of the progress so far of the Apple Retail Store!

Thanks for taking up to read the blog and please stay tuned for Part 8.

Hi there, I didn’t manage to get the iPhone 7 (Plus) as they were all sold out or widely out of the stock in SG.

[…] is almost end of September and since our last post (Part 7) where all of the front glass has been installed, there hasn’t been a drastic change on the […]