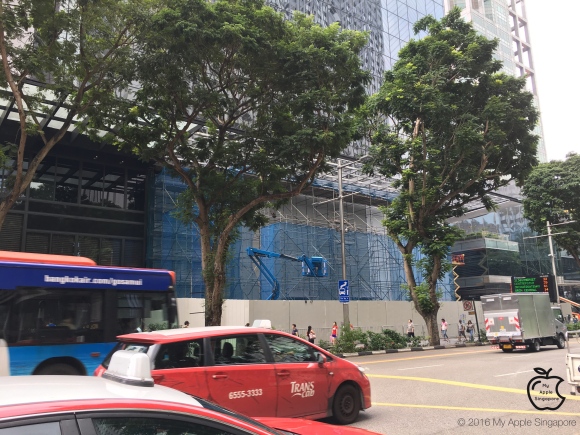 It is almost end of September and since our last post (Part 7) where all of the front glass has been installed, there hasn’t been a drastic change on the face of the Retail Store which suggests work should be focused on the insides of it during this period of time. 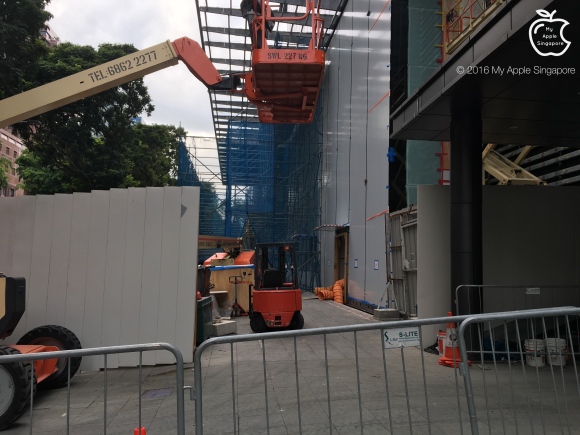 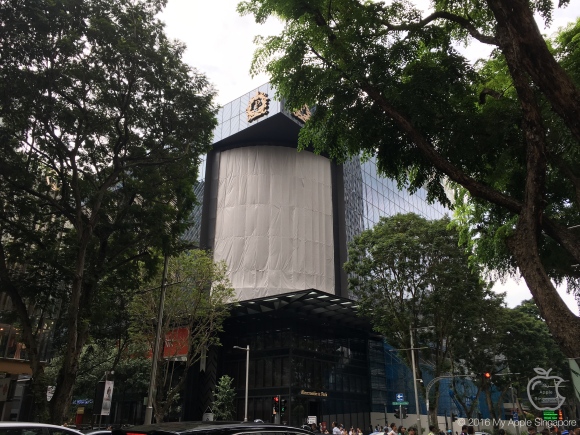 This space that was used previously for advertisements such as the Samsung S7 & S7 Edge back in March has been covered up for some time when works began for the Retail Store till now. It may be highly likely that it will be used for the Retail Store’s ad space to promote new hardware, software and/or services by Apple. 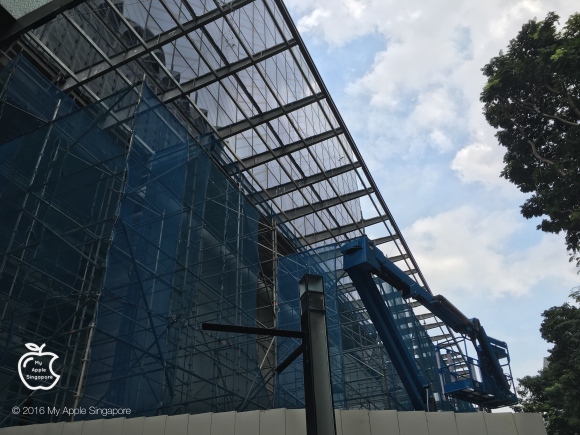 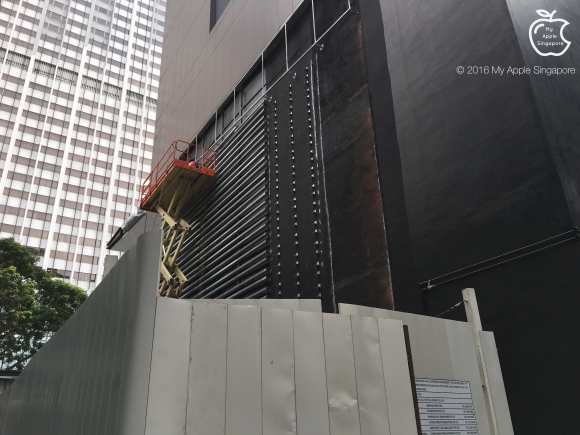 The wall at the side of the Apple Retail Store may feature a high reflective storefront with an Apple logo as seen like one of most recent flagship store in San Francisco. 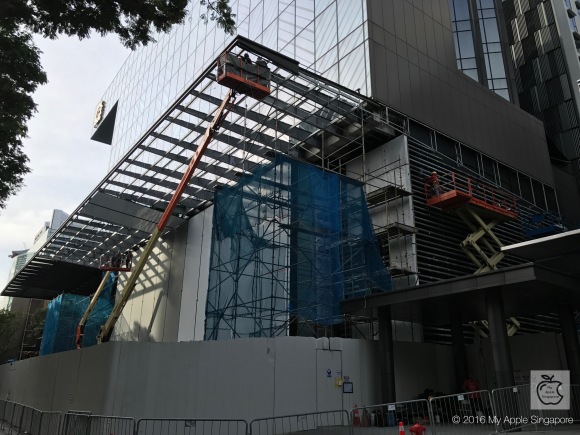 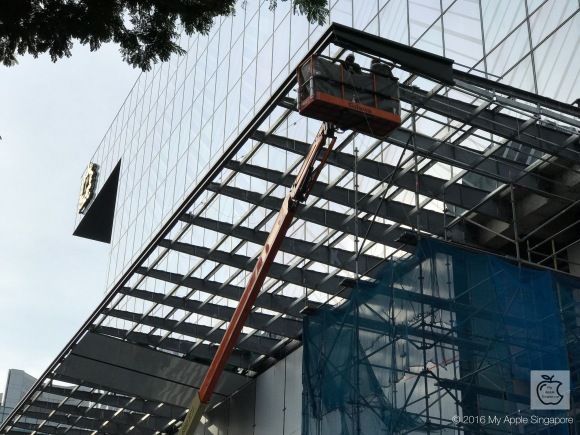 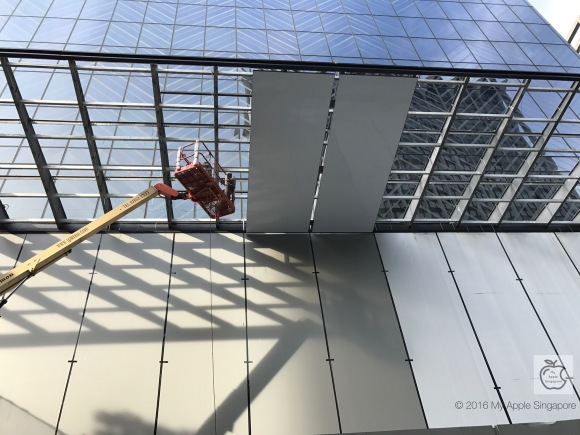 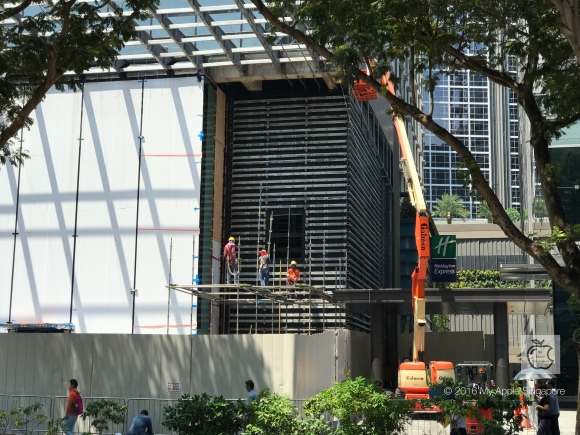 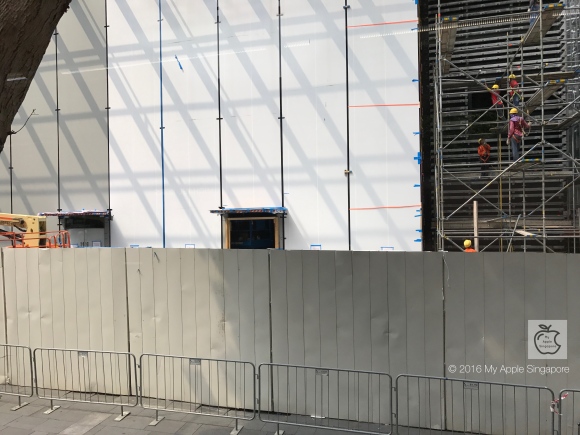 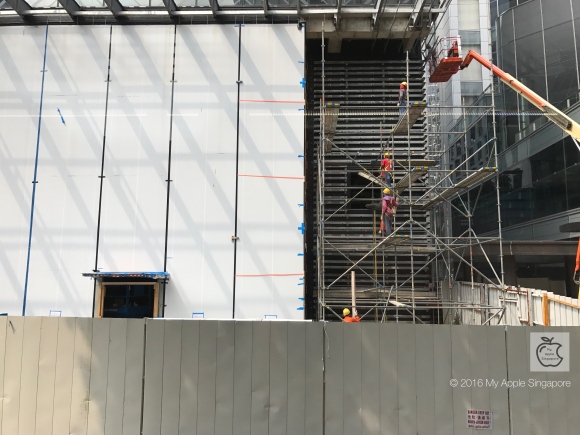 It still remains to be seen what will it feature when the Store is slated to be opened after October, probably in November when work is completed according to a work notice.

Do let us know in the comments how you feel of the progress so far with the Apple Retail Store and what we will likely to see in it.

Tx for reporting news here, ill be in singapore for three days, start from 29/10 i hope the store allready open at that time, keep us informed, tx a LOT

Hi AlexG, it is unlikely that they will be opened before Nov or in the first few days of Nov as construction of the store may still be ongoing or into their final phase before opening to the public.

Do still keep a lookout for more when there are updates!

I Type too fast, 29/11-1/12 ill be in singapore
Ill watch your site allways
Because my main reasons is get iphone 7+ there
I Hope can get it at rrp lol

Before, i allways buy at far east plaza