In the latest UOB Mighty app update, it seems that the app now works with iOS 11 as the app wasn’t working previously.

The change log in the update did not confirm the compatibility for iOS 11, but after the update, the app did not crash and the basic functions are working as like on iOS 10.

This comes after DBS updated their banking app yesterday. 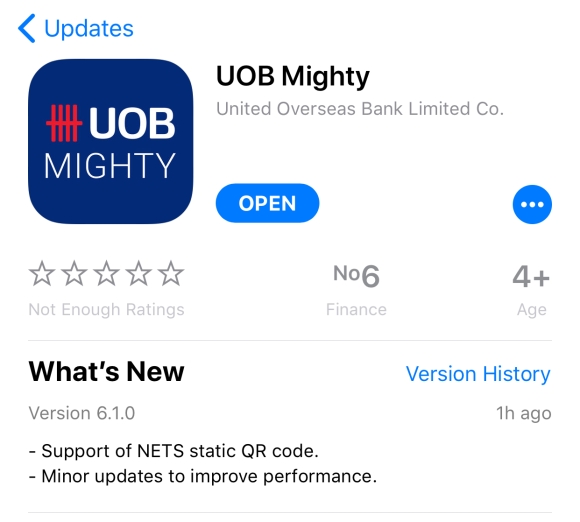 As Apple is scheduled to announce the availability of iOS 11 next week at Apple’s Special Event, we will see numerous developers getting ready for their apps to work.

Apple will drop the support of 32-bit apps in iOS 11, which means some of the older apps will not work when you update or upgrade to iOS 11.

If you are on iOS 11 Beta, you can download or update the app.