The Apple Watch Series 3 with Cellular has now been confirmed that it will be available and go on sale in Singapore, following the certification of the Cellular models on the IMDA’s website earlier this month. 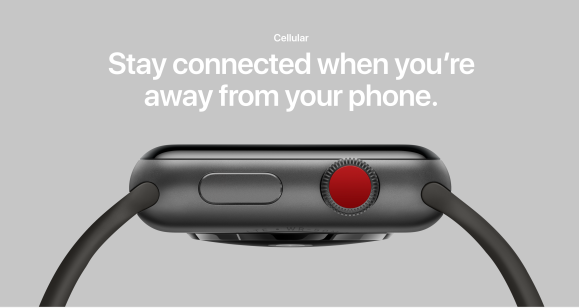 The Apple Watch Series 3 with Cellular will begin its pre-order on 2 February 2018, a week from now, and will be available from 9 February through the Apple Online Store and the physical stores like Apple Orchard Road.

On the cellular versions, Apple Watch users can make and receive phone calls and use apps which will require an internet connection, without the need for your iPhone to be nearby. Sending and receiving of SMSes will not be available, however, according to Singtel’s FAQ,

The cellular models that are available in Singapore follow the same model numbers in Australia, Japan, Hong Kong (same launch date as Singapore’s) and in the UK, with model numbers, A1889 for the 38mm and A1891 for the 42mm. At launch, the Apple Watch Series 3 with Cellular will only work via Singtel’s network, with no words on the availability yet by the other 2 carriers, Starhub and M1. 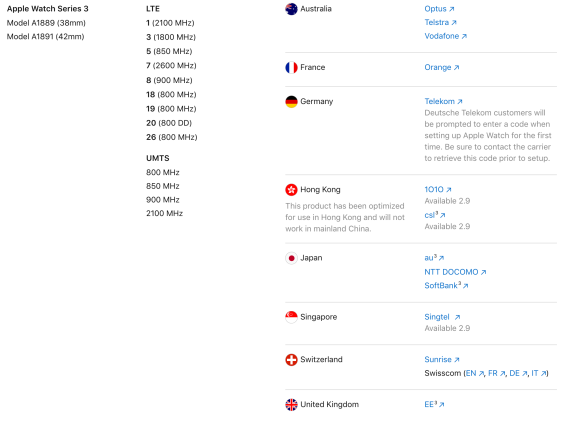 To use the Apple Watch Series 3 with Cellular, you will need:

Details of Subscription via Singtel

The new service called “NumberShare” will have the same number as your main line and shares the same bundled plan subscribed – data and talk time for the Apple Watch Series 3 with Cellular.

The new service will only be available to customers who are on Combo, SIM Only or MobileShare Supplementary (with 4G ClearVoice) plans, but not for EasyMobile, Prepaid and Multi-SIM customers.

Details on the monthly subscription plan to use the Cellular service on the Apple Watch is at $6.90/month for a limited time only.

AppleCare+ covers 2 years of coverage and is available for purchase for S$88 for the Aluminium and Stainless Steel Cases, up to 2 incidents of accidental damage, subjected to a S$98 service fee, except for the Hermes versions which are available for S$158.

Similarly, the AppleCare+ for Ceramic Cases will be available for purchase for S$158. Both the Hermes and Ceramic cases cover up to 2 incidents of accidental damage, subjected to a S$118 service fee.