DBS has announced promotions with Starbucks and Food Republic when using Apple Pay to purchase beverages and food items.

To enjoy the S$2 savings, you must first register and set up Apple Pay on your iPhone* with a minimum spending of S$2.

Inform the barista/staff that you are using Apple Pay to purchase and show the DBS/POSB card.

The promotion is due to end on 31 December 2016 for first 150,000 redemptions and is limited to 1 redemption per customer. 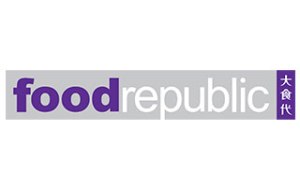 Unlike Starbucks, it is a cash back rather than a instant S$2 OFF. A minimum spending of S$2 per transaction.

You must first register and set up Apple Pay on your iPhone* with a minimum spending of S$2.

* Apple Pay is supported on iPhone SE, iPhone 6 and later and iPhone 6 Plus and later.

Source: Save S$2 on your daily meals with Apple Pay

One reply on “DBS/POSB Christmas Promotions: S$2 OFF via Apple Pay for Starbucks & Food Republic”

I must say it was hard to find your page in search results.
You write interesting content but you should
rank your website higher in search engines. If you
don’t know 2017 seo techniues search on youtube: how to rank a website
Marcel’s way